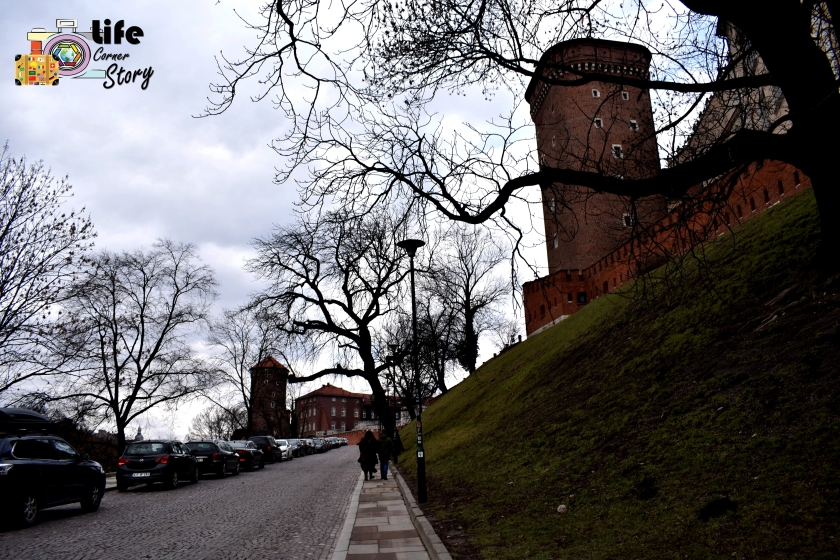 With it hundreds years of human history, castles as the remarkable and there is no shortage of impressive castles dotted throughout the Europe landscape. Although nature is the best of architect for creation picturesque scene but also us, humans, have the creativity to create something fascinating. Castle🏰🏰🏰 is one of the greatest human-made architectures where people have been fascinated and anyone would have the opportunity to see and explore. These magnificent structures have survived wars, fires🔥🔥🔥, dozens of generations, and stood the test of time⌛⌛⌛. Castles seem full of magic and mystery, something straight out of a fairytale and stories have drawn inspiration from real castles that we can still see around us to this day. 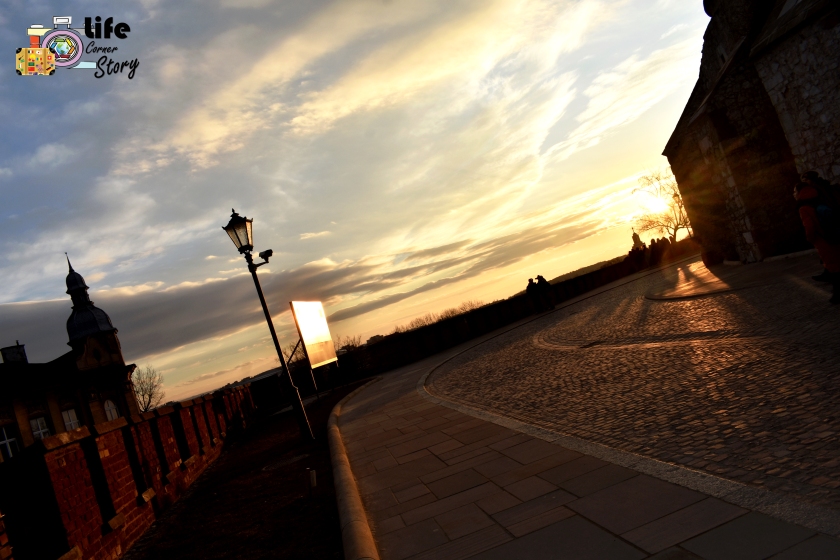 When asked about Krakow castles, most people would immediately think of Wawel, one of the largest😮😮😮 Castle and the iconic symbol in Poland. The glorious ensemble that is Wawel Castle, perched on top of the hill of the same name immediately south of the Old Town, is by far one of the most important collection of buildings in Poland. The current castle dates back to around the 14th century onwards, built at the behest of King Casimir III and is the crown jewel of Kraków’s architectural treasures. Located on the left bank of Vistula river, the impressive castle complex on top of the mountain easily resembles something out of fictional world – with pretty sweep of red-tiled building, there is so much for the eye to explore😍😍😍. 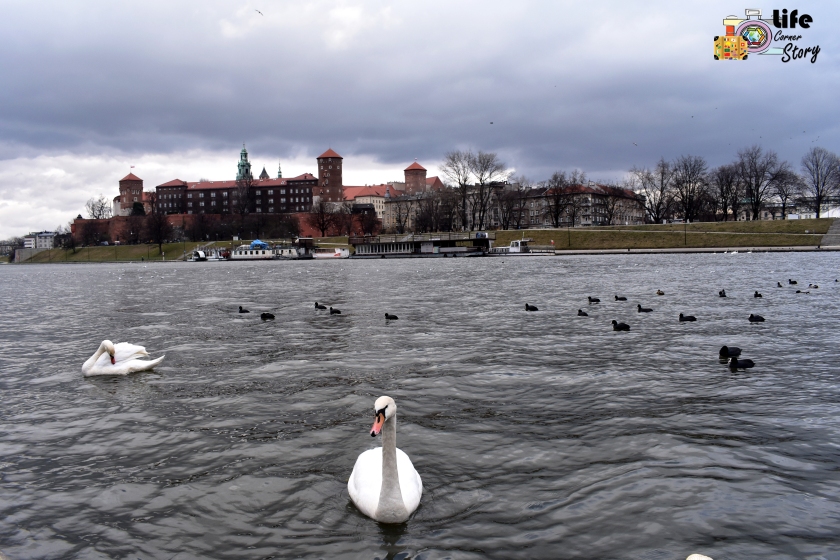 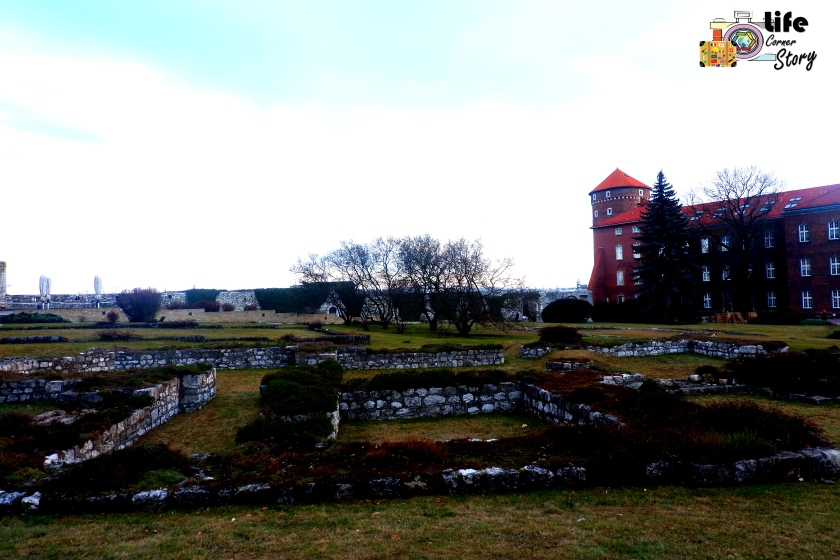 Just like many Poland castles, the history of Wawel hasn’t been without its turbulent times. After so many vicissitudes, the Castle was rebuilt, its combining the elements of nearly all European architectural a style of medieval, renaissance and baroque periods, Wawel Castle showcases one of the finest examples of a uniquely Polish design. The imposing interiors blend nicely with the majestic entrances, creating a unique atmosphere. The castle features typical medieval castle elements – a keep, a fortified, oval-shaped Hull, bartizans, and a moat. 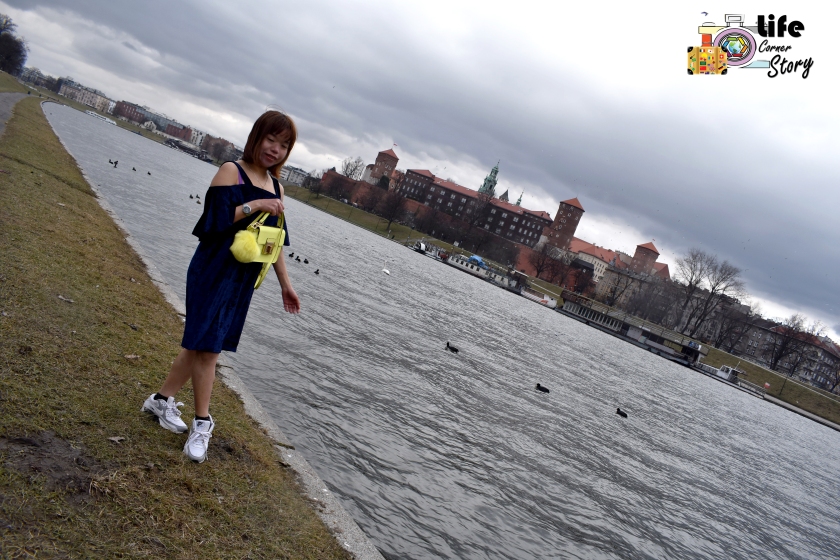 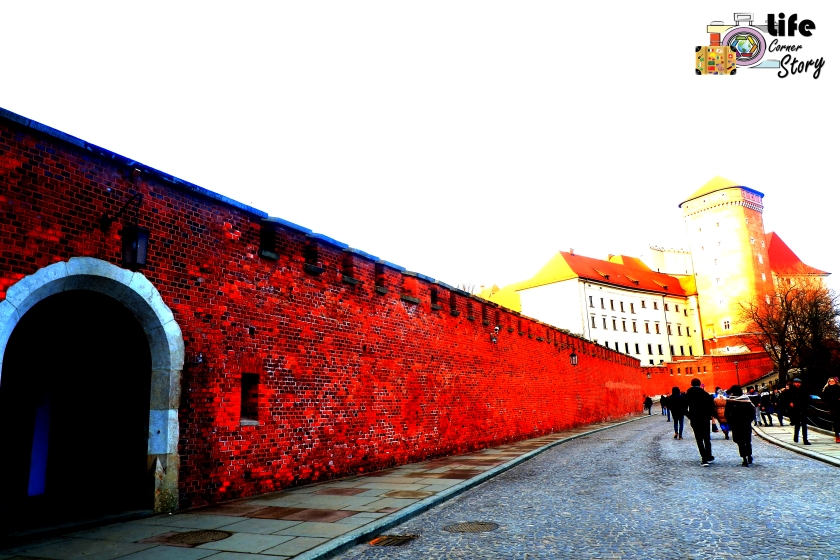 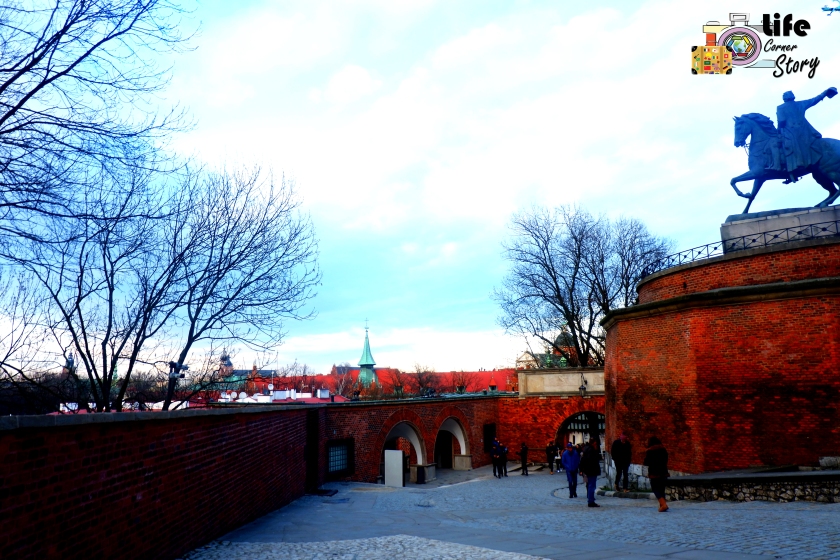 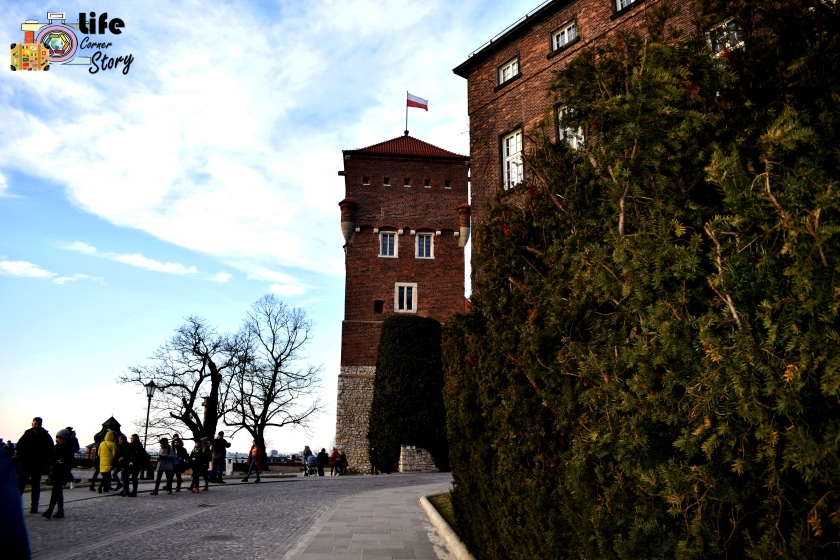 Castle is extremely big, elegant palaces and medieval castles that’s both bittersweet and beautiful. Today we can exploring its adventure castle to seeing some of the most important art and mysterious archaeology remains. Within the castle, they are numerous points of interest, the castle houses a museum, impressive collections of Renaissance furniture, tapestries and many masterpieces.The interiors feature a significant and extraordinary of military architecture, palatial buildings, chapels⛪⛪⛪, and gardens🌷🍁🌲. 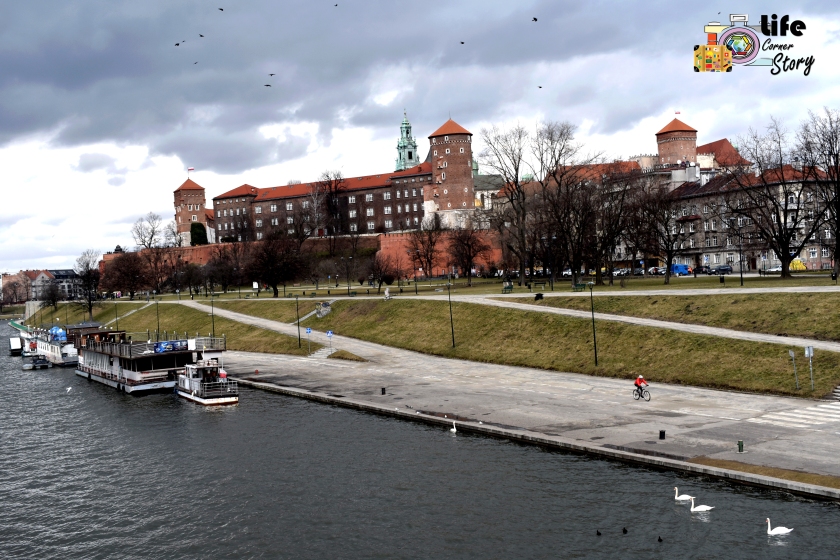 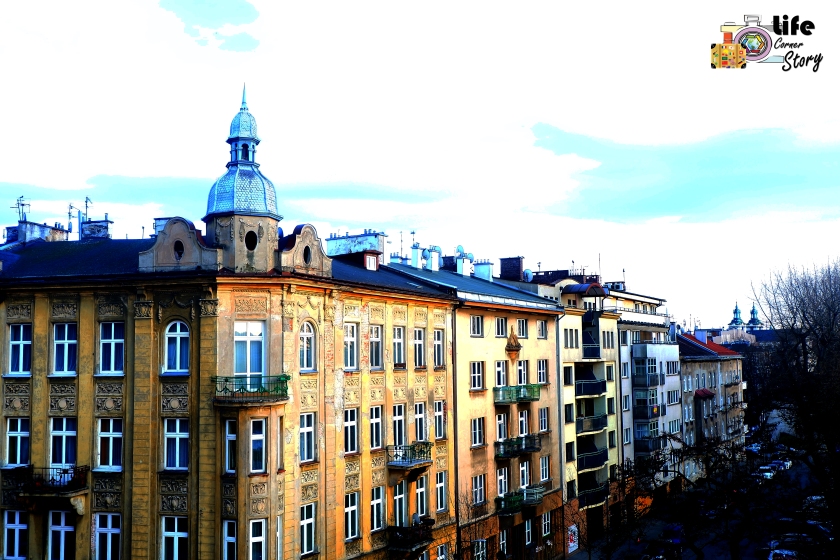 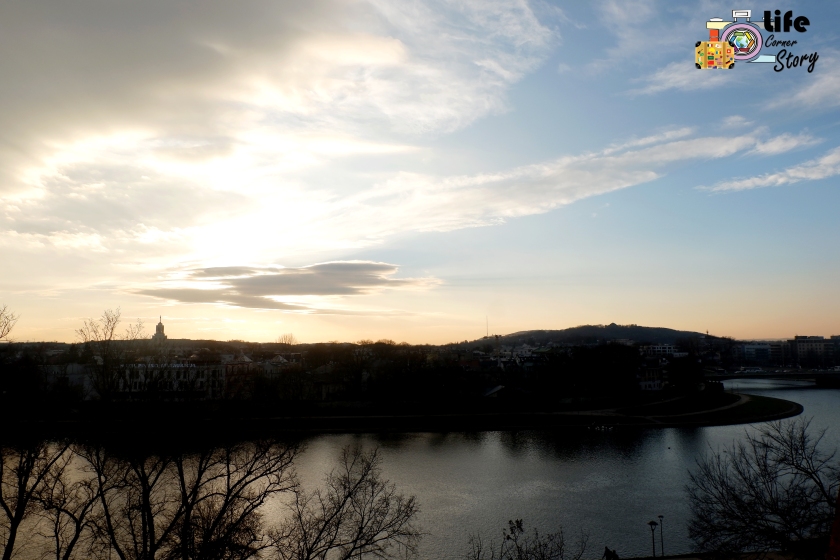 There is at least one stage in everyone’s life, everyone will fantasize about the “he”🧑🧑🧑 in our heart, someone dress glittery garment, cloaked with a cloak, a sword⚔⚔⚔ in the waist and struggle with fire-breathing dragons in a bartizan tower. Now when walk in this castle we still can dream a little thanks to storybook abodes that really do exist to our fairytale fantasies. With according to a famous Polish legend, a legendary cave in the western slope of Wawel Hill, this cave is where the Wawel Dragon (Dragon’s Den) lived🐲🐲🐲. The oldest version of a legend about the dragon of Wawel, related to the mythic beginning of Cracow, the grotto is 270 meters long, going all the way to the banks of Vistula river. 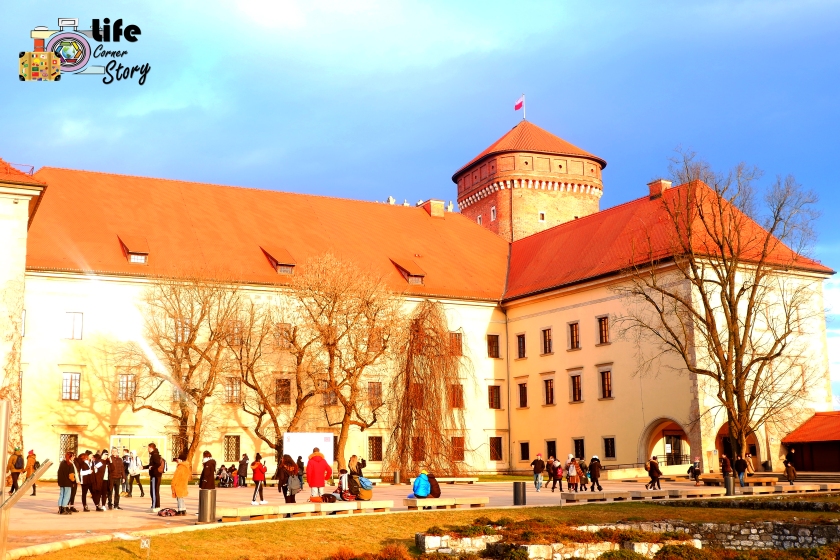 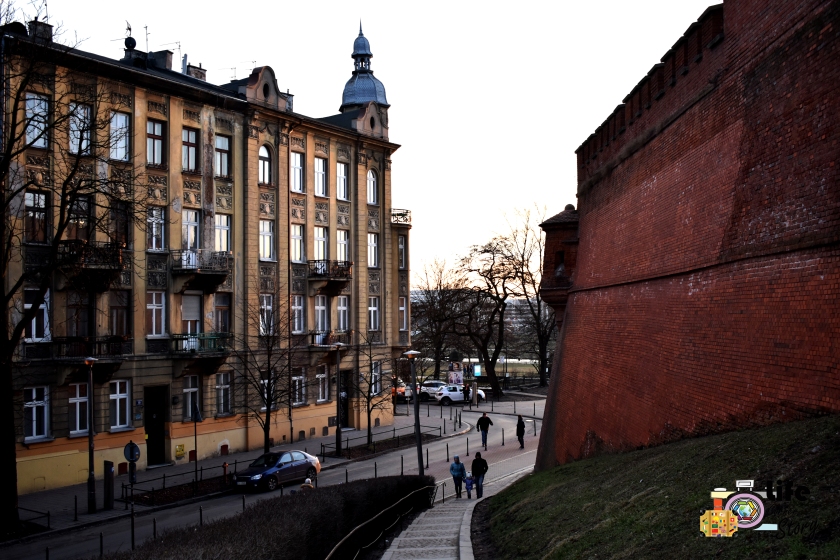 While we step back in time by walking around the Wawel Castle with enjoying😎😎😎 of interested in architecture history and simply want to see a little fairytale magic. View the sunset🌇🌇🌇 cast to the red tiled castle, there is another mysterious beauty. Let us deeply understand the perfect works of nature and humans. 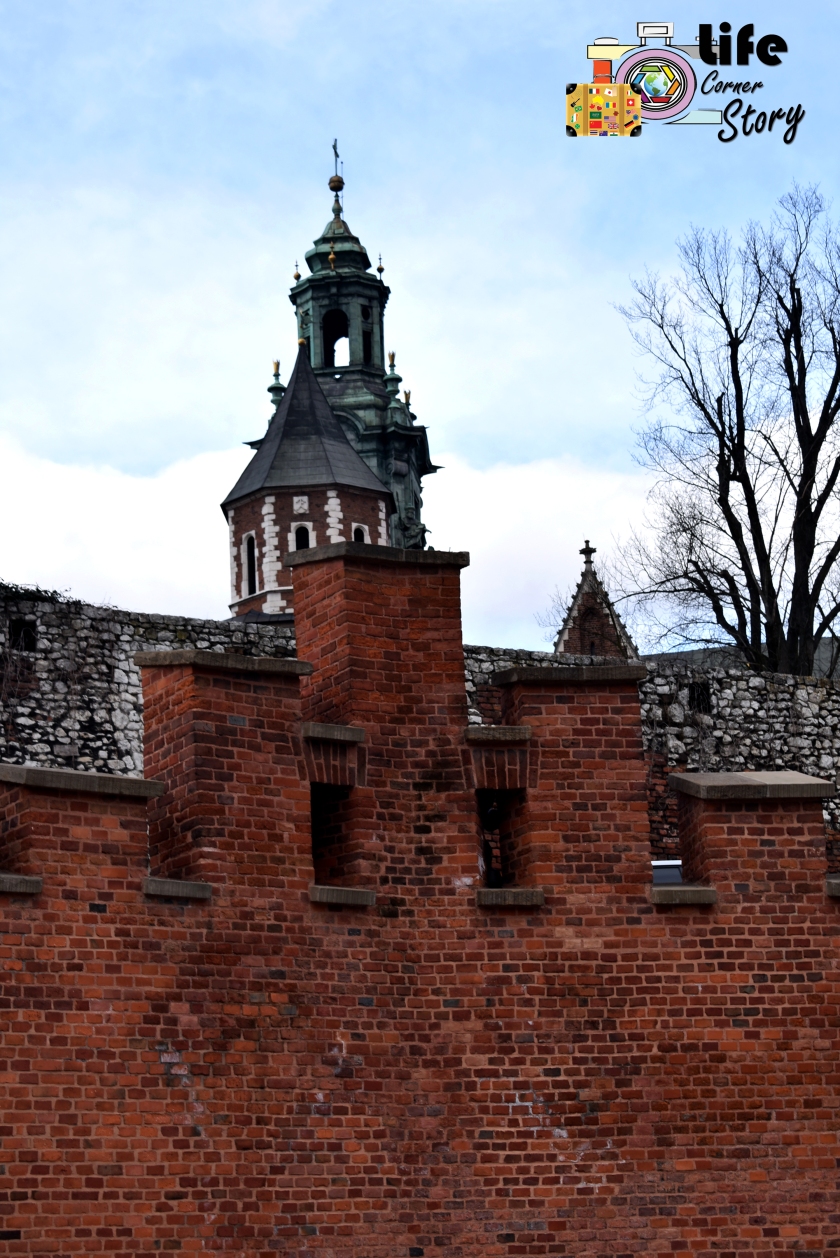 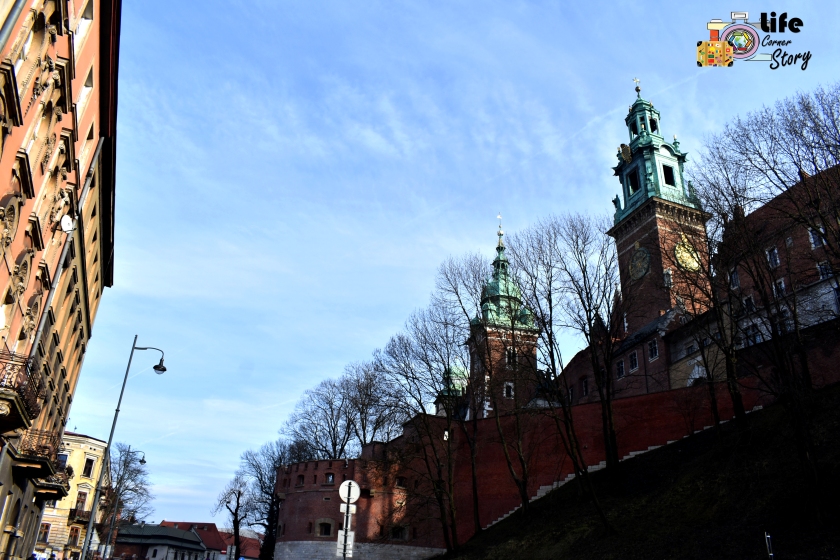