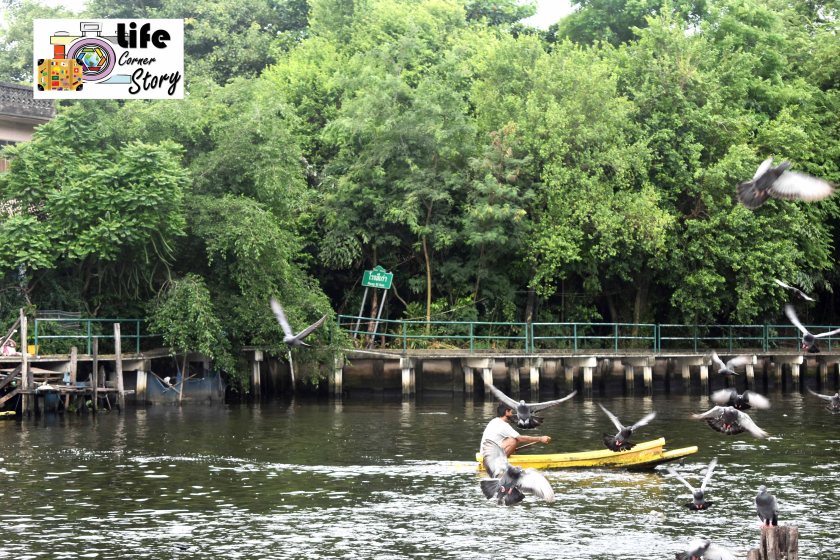 Whether you believe in ghosts or not, belief in ghosts in Thai culture is both popular and enduring. In the history of Thailand Buddhist popular beliefs intermingled with the legends about the spirits or ghosts of the local folklore.

One of the popular urban legends in Bangkok and most popular ghosts👻👻👻 is that of Mae Nak and her child. Every Thai person has heard of Mae Nak, the tale of Mae Nak has been filmed several times over the past few decades and every movie was a box-office hit, cementing Mae Nak’s place in Thai popular culture. Even every Thai child growing up fed on ghost stories and almost some of them believe unequivocally in the facts of ghosts.

With unknown whether Mae Nak really existed or if her story is purely myth, we decided one of our Thailand travel planning is look for Mae Nak Phra Khanong. 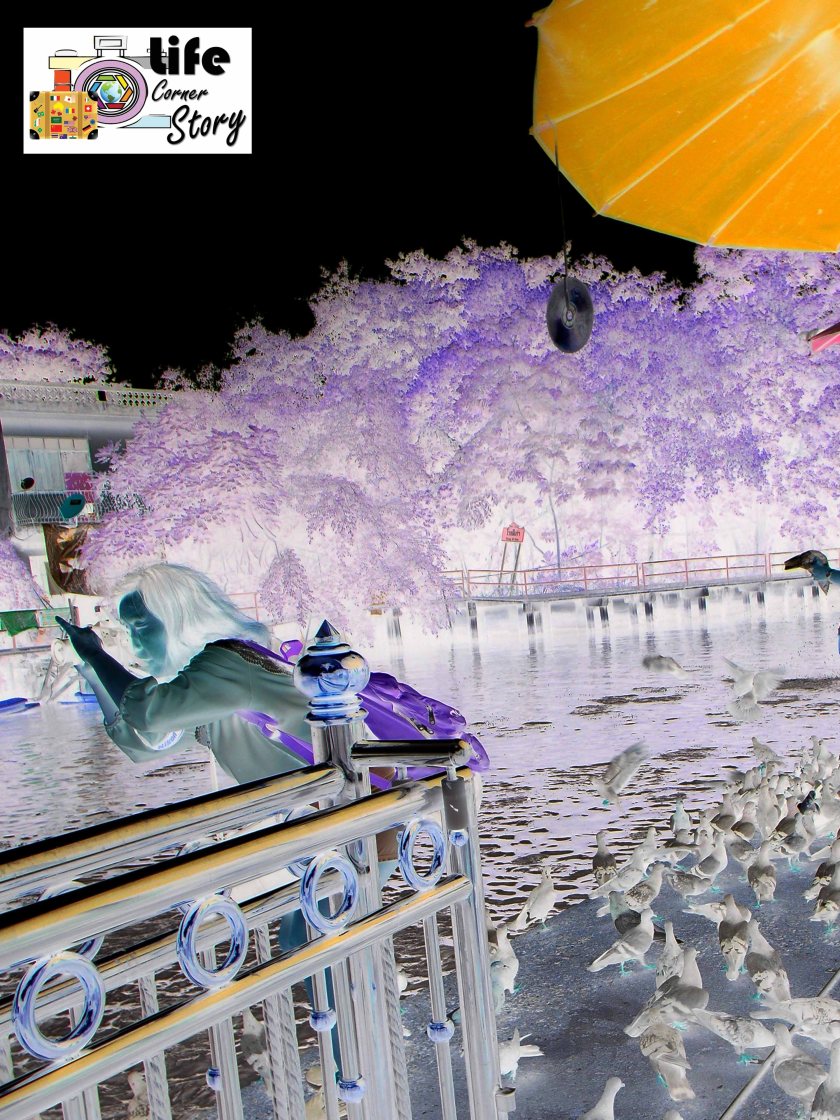 Before have a visit, firstly understanding for here’s the story circumstance. So, this time we would like to tell a story what happened in the Phra Khanong district of Bangkok in the middle of the 19th century.

Now follow us temporarily back to the 19th century; at that time, Bangkok was much more of jungle with many waterways🌫 🌫🌫and canals that cut through the city. The main form of transport in those days was by boat, and the lifestyle of the people was closely tied to the rivers and canals. Phra Khanong is one such small river that flows through the southeast outskirts of the capital, although back then the area was so rural that it was essentially part of the countryside. 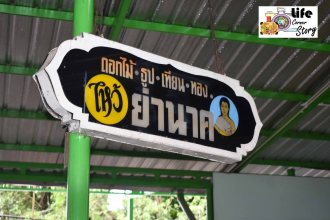 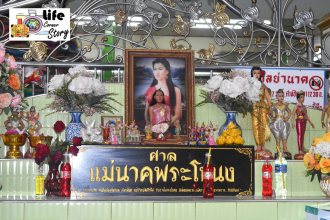 The story is about a beautiful young woman named Nak, who lived on the banks of the Phra Khanong Canal and her undying love for her husband, Mak and expecting their first child together. Mak was sent away to war, as men during the age often were. Unfortunately, the birth was traumatic and both mother and child died😥😥😥, unbeknownst to Mak away at war. According to Thai belief, a pregnant woman who dies together with her child creates the most powerful and frightening type of ghost possible. Faced with such a bad omen, the villagers don’t carry out a proper cremation of the corpse according to Buddhist tradition, and instead they hastily bury the body in a shallow grave. They are buried immediately, but Nak’s spirit refuses to let go of the earthly realm. Simply say, it is strong belief.

When Mak returns home, however, he finds his loving wife and child waiting for him. Neighbours who try to warn him that he is living with a ghost are all killed by Nak. Slowly, Mak starts to realize that something isn’t right when his old friends and acquaintances in the village avoid him. Mak soon learns the truth and runs away in fear. Discovering her husband has fled, Nak is very angry😡😡😡 and pursues him. Mak then runs to Wat Mahabut temple, which a ghost cannot enter, as it is holy ground. In her grief, Nak terrorizes the people of Phra Khanong, furious at them for causing Mak to leave her. However, in the end, Nak’s ghost was conquered by a mana-high monk and trapped her in a crock and he throws it into the canal. 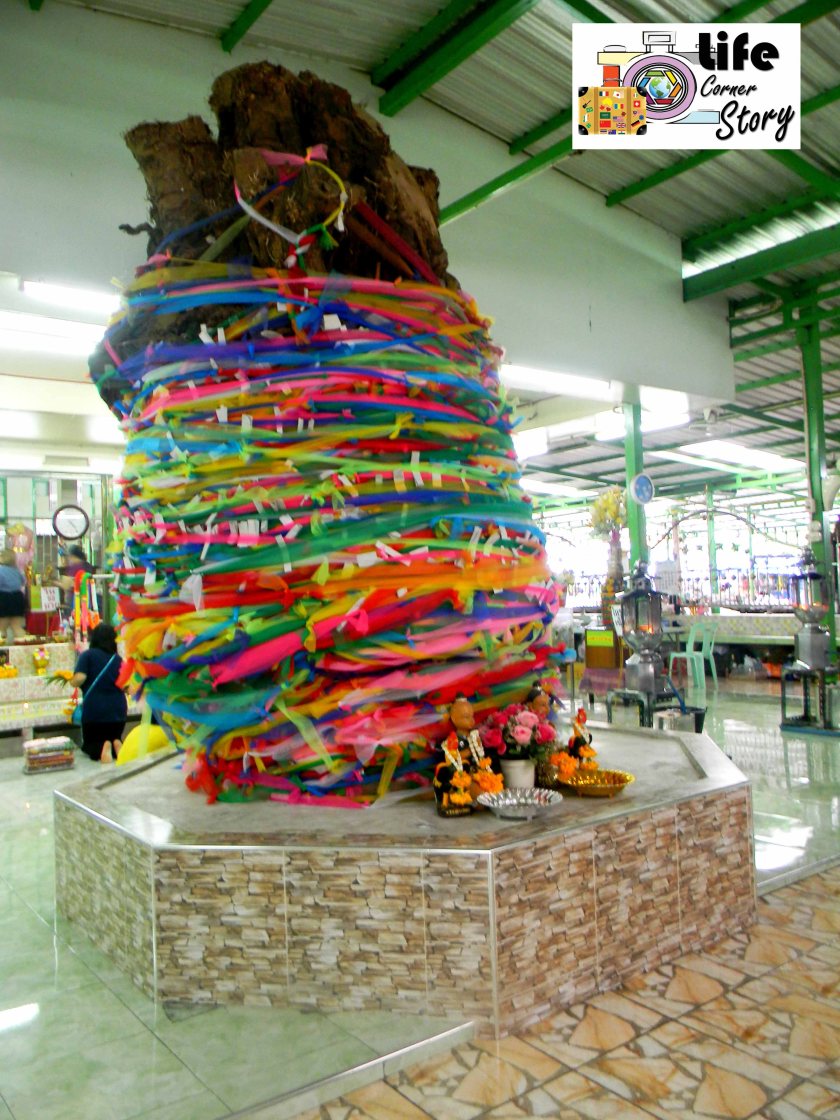 There are differing versions of the rest of the story. As far as the fate of Mak is concerned, in some versions he becomes a monk took the jar of Nak ghosts around with him. whereas in others he starts a new family. In some stories, Mae Nak reappears as an enraged ghost👻👻👻.

OK!! End of the story, let’s us go back to modern time. Her dwelling🏠🏠 and burial⚰ ⚰place is fabled to be located where the Mae Nak shrine sits to this day; behind of Wat Mahabut, the location is located in On Nut, Bangkok. We take the sky train🚊🚊🚊 to On Nut station and walk toward Wat Mahabut.

Before arrived Wat Mahabut, along the road you’ll notice many fortune tellers and shops selling a variety of offerings to offerings to Mae Nak and her baby. It including flowers and candle, traditional Thai women’s clothing, cosmetic, handbag and children’s toys. You’ll find Mahabut temple at the end of this lane unlike the other temples in Bangkok, Wat Mahabut isn’t renowned for its historical legacy or its ancient architecture. At the same time, it’s famous for a ghost, a female ghost, the legendary Mae Nak who has virtually become a household name in the community and beyond. Note: make sure walk toward stall and through the road in row of stall.

We are arrived the canal with several of old house opposite the river. And these old houses are where the legendary female ghost Mae Nak lives with her husband. You can imagine and look back to 19 century ago of Mae Nak, it would have been completely rural. You can guess that ghost is living in one of the house. Some residents still rely on rowing plastic boats coming between banks of the canal. 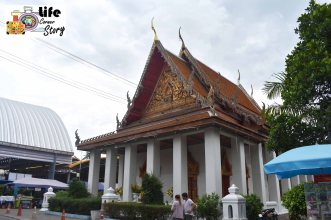 The Mae Nak Shrine is at the back end of the temple grounds in the area right by the river, in a small wooden building. NOTE: Cannot use camera🚫📷 in the Mae Nak Shrine building but you can use hand phone for take the picture. The interior of the shrine is set up to look like female ghost Mae Nak living quarters. People bring her many consecrate including colourful dresses, handbag👜 👜cosmetic products💄💄, candy, flowers🌼🌼and candle🕯🕯 , toys, children clothes, food for her and her child👩‍👦. 👩‍👦.The television is always on during day and night.

Whatever the truth, the Mae Nak Shrine is an interesting attraction in Bangkok. People pray at her shrine, asking her spirit for bless lives with good fortune and safety. Some time you will see the local people also release blessings beside the canal. In Bangkok, you’re never far away from both the ultra-modern and the sacred-ancient, and this is what makes the city so fascinating. So while tourism in Bangkok, what could be more fun for visit a legend of ghost. 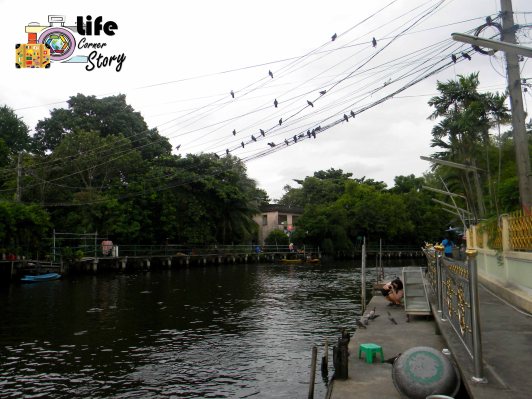 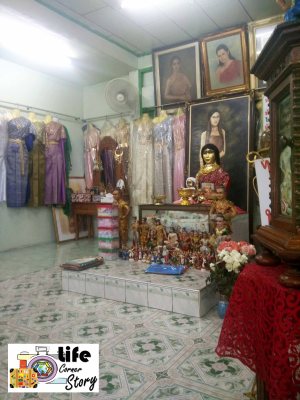 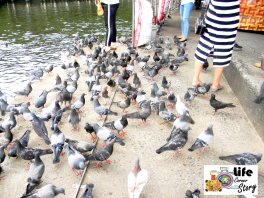 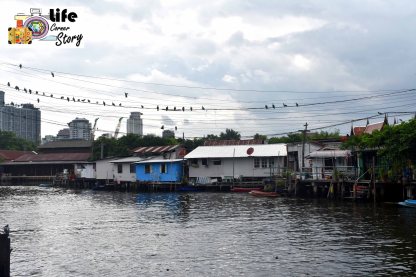 How to go
It’s also really easy to get to. You can take the sky train stop on the On Nut station🚇🚇🚇. Take the exit 1, you either take the motorbike taxis🛵🛵🛵 or same as us walk👣👣👣 to the Wat Mahabut. It’s about 1.6km distance from station to the Wat Mahabut. If you choose to walk, turn into On Nut road. During our walk distance, we would see a row of old building opposite of the road. After that, you would see the Big C supermarket. Walk straight for several hundred meters beyond, you should be at a several of old house along the sidewalk. Use the bridge to cross over to the left side of the road and then make a left turn at On Nut Soi 7. You’ll find Mahabut temple at the end of this lane.